When we first opened coolaboola back in 2006, it was always the plan to be a multi site operation. As part of the bidding process with Metro, we actually won the rights to operate coffee retail units at nine different stations.

Obviously, things didn’t pan out as planned on that score. Station after station threw up problems. Issues ranged from our units creating CCTV black spots to water supplies or drainage not being (nor likely ever to be) in place where they needed to be. Each issue we hit escalated to a point where we had to give up plans on ever opening at that site.

The disappointing thing about the numerous problems we hit were that they hadn’t been investigated before the invitation to tender was advertised by Metro. But in an organisation of that size, with numerous stakeholders each with their own priories that is be understood. Commercial revenue streams are not important to the person in charge of CCTV, etc.

It took four years to get our unit at Central Station opened. That’s a whole story in itself! Buy me a pint sometime and I’ll share some of the mountains which had be climbed to get that coffee bar open! Entrepreneurs are known for their resilience. The project management of getting Central up and running tested mine to the max.

Unfortunately we had to close in 2015 to allow for station redevelopment. A contraction in any business can be tough to deal with, but at least with this we had 12 months notice of termination so could plan accordingly; staff who left weren’t replaced, equipment was mended rather than renewed, and so on.

So, we’re a single outlet (for now). There’s some paperwork to sign with Metro, but once that’s sorted we will be updating the Jesmond unit inside and out. I’ll also have more time and the ability to focus on the business and not in the business. I’ll have time to do things like blog posts, and get back on top of our marketing. Hopefully you’ll appreciate seeing us more in your social media feeds.

As my favourite lecturer used to say, “Forward! In all directions!”. I’m going to get that on a t-shirt….

All the best for now, 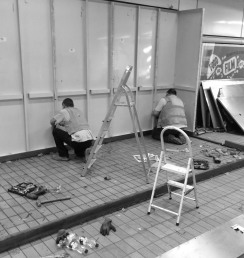 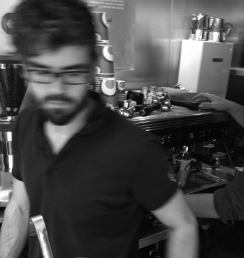 learning to be a barista 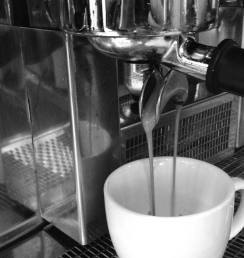 cleanliness is next to godliness 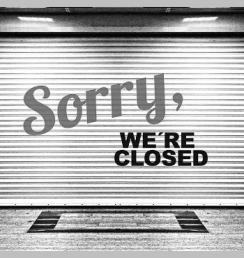